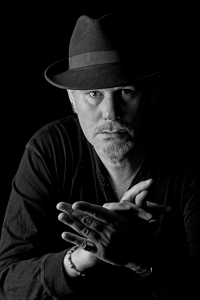 Just weeks ago, Treasurer Joe Hockey told us that we’d “fall off our chairs” over some aspects of the Intergenerational Report.
It didn’t happen.

In fact, the silence was almost deafening.

The “national conversation we had to have” was a whisper, at best.
Expert analysis was quietly measured.
Comment was muted.
Meanwhile, a few puzzled pensioners pondered a future career at Bunnings.

But it left most of us feeling – rather than falling off our chairs – more like we were getting up from a bean bag.
There was a brief moment when we all realised we were getting older but after a few creaks and groans, getting back up seemed pretty do-able.

(Nothing to see here, folks. No chairs and no voters were injured in the making of this report.)

Smilin’ Joe probably should have saved the Hockey hype for the upcoming budget, due in just two months.
All the signs are he’ll need it.
To paraphrase another battle-weary cigar-smoking politician, this is a budget that is going to have to mean “so much, to so many, and be paid for by so few.”
And it’s LCP MPs who will be losing their seats if the government gets it wrong.
Remember, government attempts to get any of its key measures from the previous budget – was it really 7 months ago? – one after another have crashed and burned.
Senate difficulties aside, it’s been a legislative disaster.

So how is the next do-or-die document shaping up?
Remember, this is a document that has to turn around the iceberg-prone, barnacle-encrusted ship of state that is the Abbott government.
It has to re-set – can we stand another one? – the Abbott agenda.

Officially, the PM is upbeat.

“This will be a budget that is prudent, frugal, responsible,” Mr Abbott says.

“But there’ll be something in it for families, a better child-care deal in particular, and there’ll be much in it for small business.”

That’s good.
And bad.
Good because everyone loves fluffy kittens, sensible budget management, incentives and handouts.
Bad because it does nothing to address the real issue; the government has a hole the size of Texas in its income stream.
Too much money going out, not enough coming in.
It’s not like the Abbott government can plead ignorance.
This is the government – in fact, it goes back to when Mr Abbott was in opposition – that has banged on about the “Debt And Deficit Disaster” left by Labor until it was blue in the tie.
Yet even now its locked into a schizophrenic narrative.
On the one hand – politically – the government must counter the perceived surprises and unfairness of its first budget.
On the other – economically – it must reign in spending, potentially alienating the very people it is trying to woo back to the cause.
(A third imperative is to find large, reliable, politically-palatable income streams. But politics is “the art of the possible”, not the damn-near-impossible.)

Moving the nation’s finances from the red to the black seems as far away as ever.

That’s perhaps the most complete and competent refutation of the LCP’s claim that they’d put the adults back in charge if we voted for them in 2013.

And all the while there’s the ticking time bomb of Tony Abbott’s leadership.
A budget backlash would almost certainly lead to an explosion in the party room and then the PM’s office.

Leader-in-waiting Malcolm Turnbull must be on the edge of his chair in anticipation.